“You saved that cyclist’s life!”

Gravel riding in the USA. 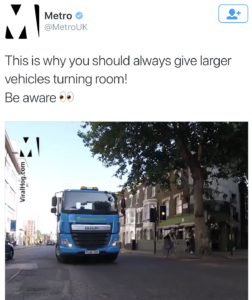 Jack Stevens saved a woman on a bike in London from being crushed under the wheels of a heavy goods vehicle. He filmed the incident, it went viral and then the video was picked up by Metro, a British newspaper which, in a bizarre tweet, blamed the cyclist. Tour de France commentator Ned Boulting called out the Metro newspaper for that duff framing, and the tweet was then deleted. Show audio also includes the apology from the Metro newspaper’s social media manager Jay Jaffa.

This site uses Akismet to reduce spam. Learn how your comment data is processed.